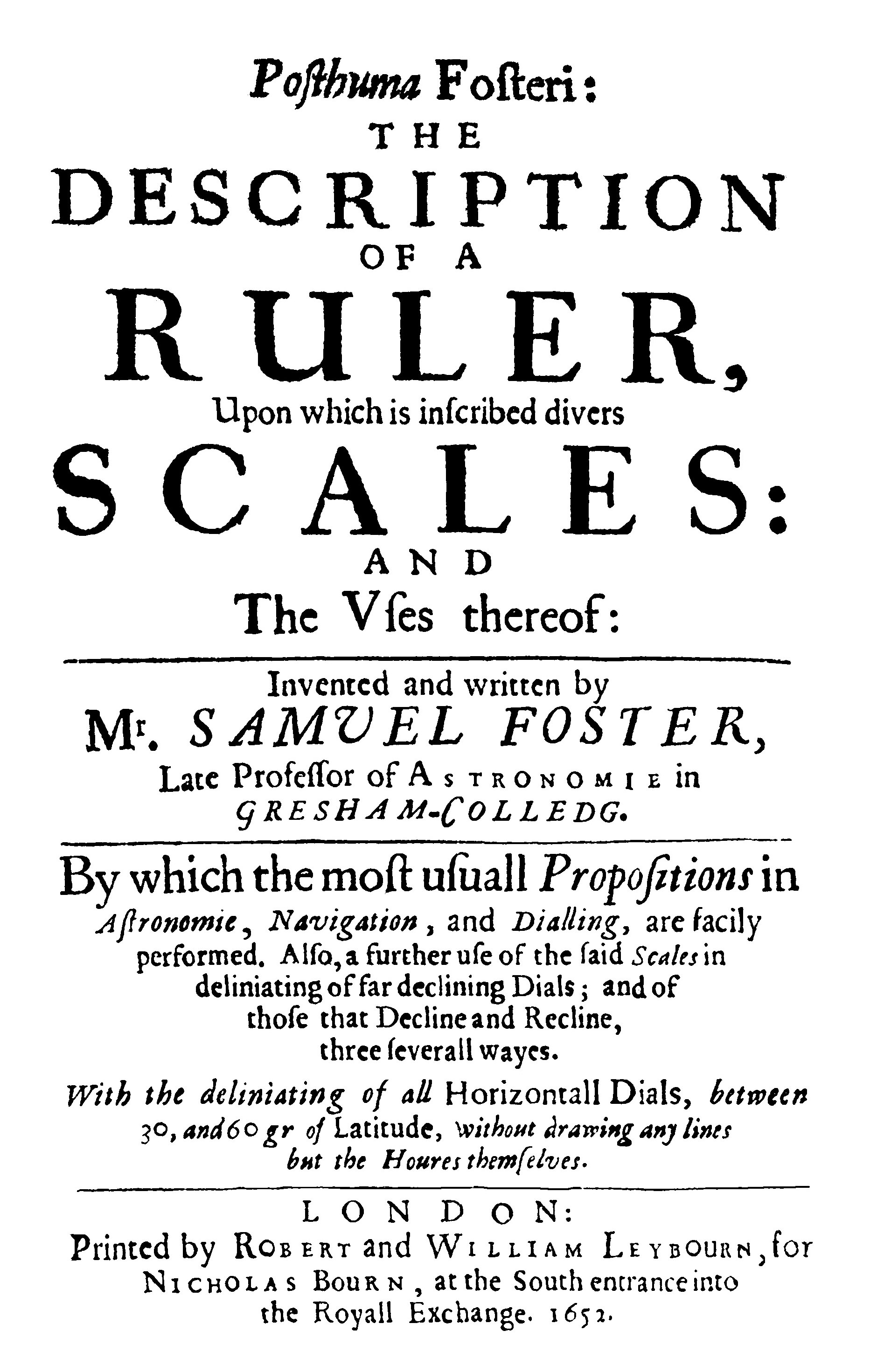 Samuel Foster. Posthuma Fosteri: THE DESCRIPTION OF A RULER, Upon which is described divers SCALES:

AND The Uses thereof: Invented and written by Mr. SAMUEL FOSTER, LateProfessor of ASTRONOMIE in GRESHAM COLLEDG. By which the most usuall Propositions in Astronomie, Navigation, and Dialling, are facily performed. Also, a further use of the said Scales in Deliniating of far declining dials; and of those that Decline and Recline, three severall wayes. With the deliniating of all Horizontall Dials, between 30, and 60 gr. of Latitude, without drawing any lines but the Houres themselves. LONDON: Printed by ROBERT and WILLIAM LEYBOURN, for NICHOLAS BOURN, at the South entrance into the Royall Exchange. 1652.    (90 pages, 9.8 MB)

This book was published posthumously in the year that Foster died. It describes a ruler with 9 scales and gives instructions on how to use the scales to solve many of the standard problems of “astronomie, navigation, and dialling”. In addition to familiar trigonometric scales, the ruler includes two new scales introduced by Foster. The first provides an easy means of laying out horizontal dials between 30º and 60º of latitude without having to draw any auxiliary lines.

The second is an innovation that Foster identifies simply as the C scale. With this scale and a chord scale, Foster is able to find all the elements needed to draw a dial on an arbitrary plane. He also uses these scales to replace the usual dialing scales, laying out a sundial from equispaced points on the circumference of a circle. [ By reversing this process, a sundial that uses a standard clock face can be designed. ] One page of the current edition includes a redrawn version of the ruler that the reader can use in conjunction with the text.

This can be ordered from LuLu Books: Foster: Posthumi Fosteri - The Description of a Ruler (1652)