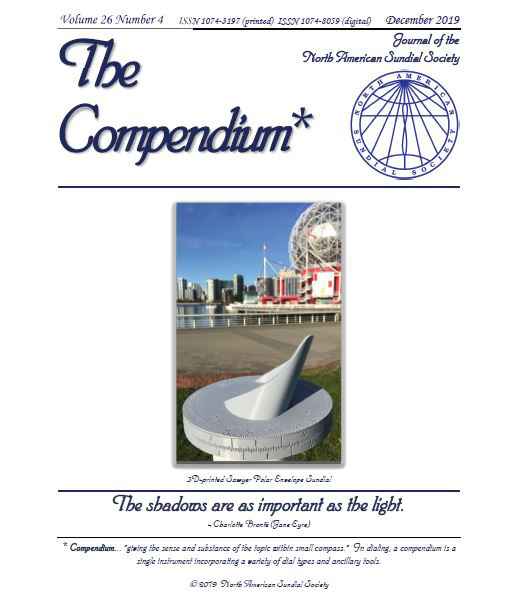 For the past eight years Bob Kellogg's Sundials for Starters begins the list of articles in each Compendium.  For example in Sundials for Starters in September 2019 Bob asks "What Makes an Elegant Gnomon?"  This question brings together mathematics, mechanical precision, and artistry.  Focusing on large and small horizontal dials, the gnomon is perhaps the most visible part of the sundial from a distance.  Some dials have needle like gnomons, creating a thin line in the sky that points toward the north celestial pole.  On the other hand, many artists have chosen to embellish the area underneath the gnomon. 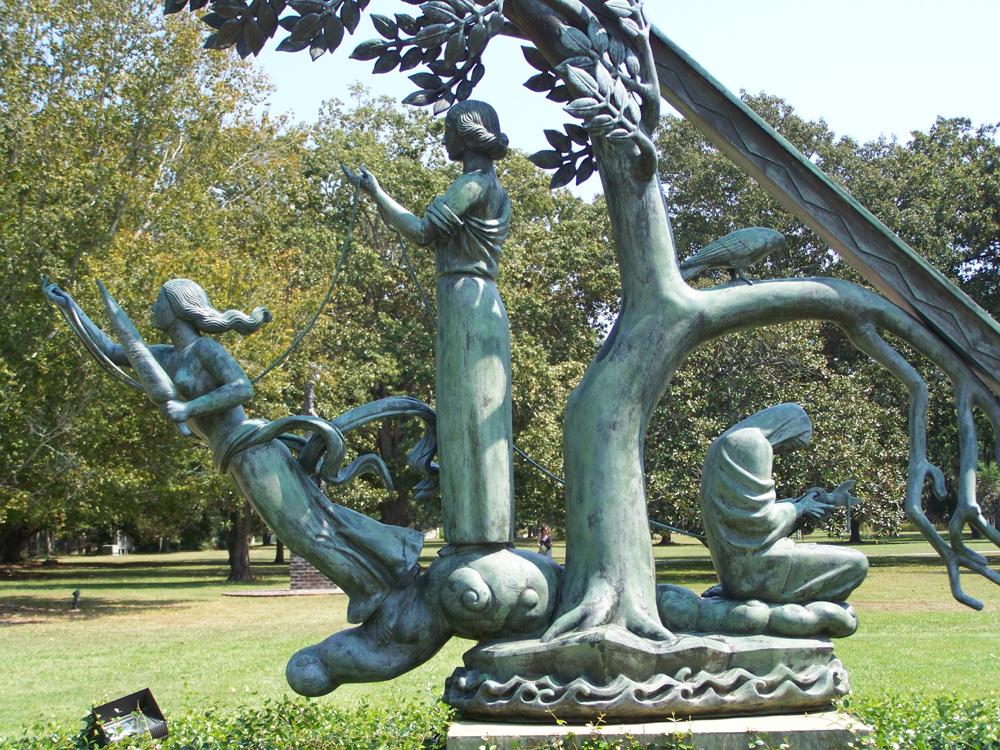 Early in the 20th century Paul Manship was the leading artist-craftsman.  He not only created a graceful sculpture, but through it, told a relevant story: known as Parcae in Roman mythology, and as the three fates in Greek mythology, they sit under a tree that holds the sundial gnomon. The goddess of necessity, Themis, brought forth three lovely daughters, Clotho, who spun the thread of life; Lachesis, who measured the thread and determined life direction; and Atropos, who cut the thread of life, causing death.

Sundials in the shape of statuary are common, but it is the true artist who can integrate the gnomon successfully into the artwork as for example the Sundial of Mourning at St. John, New Brunswick.  Other artists push the boundaries of the gnomon function.  A bird gnomon with parts at the correct angle are esthetically curved to the shape of a bird by dialist and artist Cecilia Lueza.  She and other artists take the mathematical triangle and incorporate beauty, memorials, and recall of history and mythology...all with the gnomon of a sundial.

Fred Sawyer takes a look at gnomons on a horizontal dial as well.  But in his article on "Polar Envelope Gnomons" he pushes the sundial gnomon to the extreme. 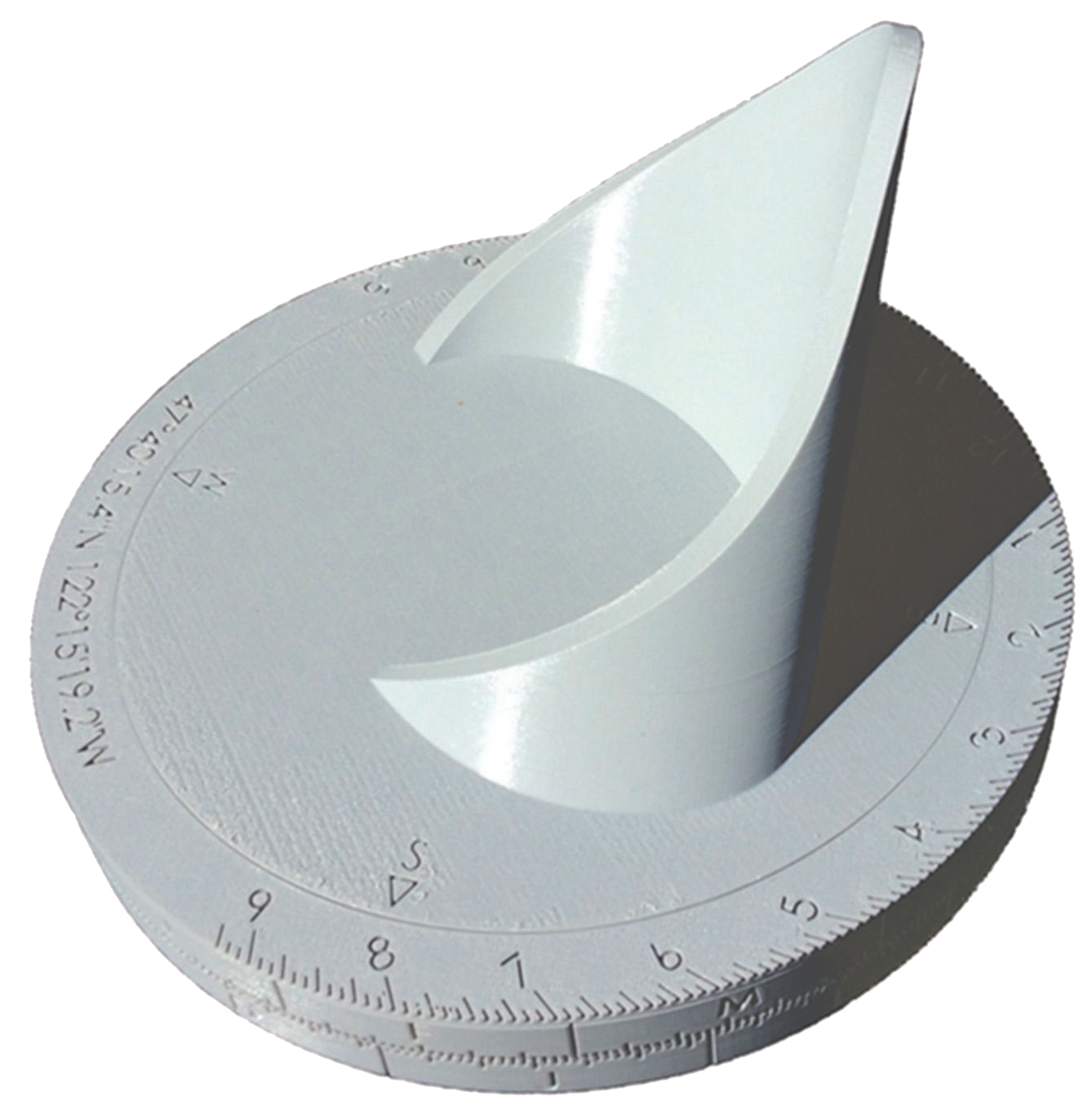 The goal is to have equal time marks on the edge of a circular dial.  This cannot be done with a thin, fixed gnomon as is done in a traditional dials.  But why not widen the gnomon and allow different off-center portions of the gnomon cast the shadow?  Fred develops the mathematics to make this happen and Steve Lelievre takes the challenge to create this odd shaped dial using a 3D printer.

Rounding out The Compendium is a wonderful article "The Honey Bee Haven Dial - An Analemmatic Sundial Using Ceramics."   Rick Williams walks us through the process of selecting and using clay for tile months that adorn the central walkway of an analemmatic (human) sundial.  The clay is wedged, forcing the air out, and then carefully dried over a period of several weeks.  As Rick says, "Drying the tiles took time and practice."  but in the end, he had pieces that he could underglaze with bright colors and fire to a bisque.  Black "stroke and coat" glaze was applied to recessed letters an numbers, and then fired again up to 2100 F.  In the end, these hand techniques produced one of the most colorful analemmatic dials ever made.

Read these articles and join NASS where art, history, mathematics and craftsmanship converge.