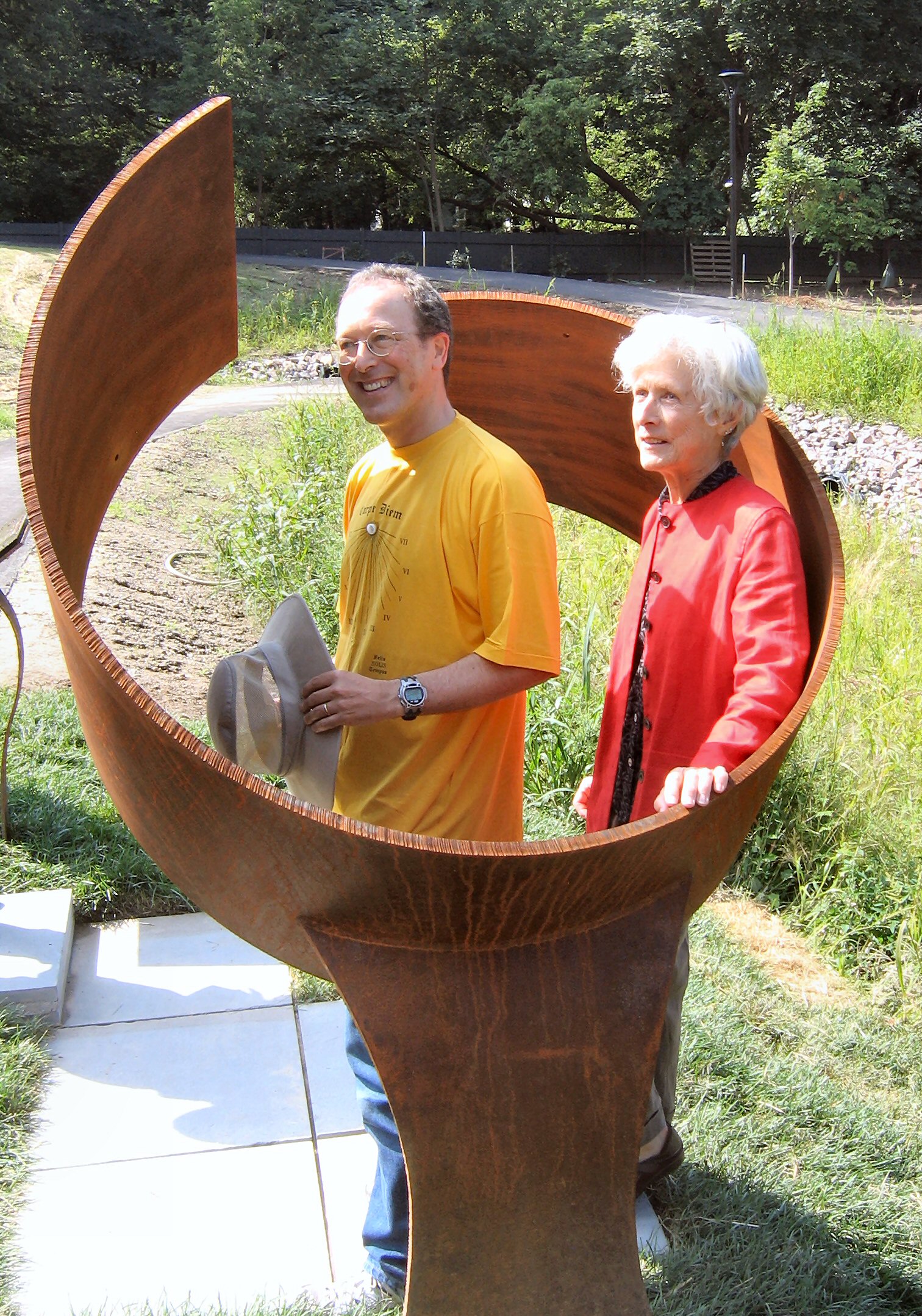 From paper sundials to street side sundials, NASS celebrated its annual conference in Burlington, VT.  Kate Pond’s “Come Light, Visit Me” sundial, in collaboration with Bill Gottesman, was dedicated at Champlain College.  The sundial uses the properties of an equatorial ring, casting the shadows of time upon itself.

Fred Sawyer talked about Antique Hour Lines, showing finally that the lines are amazingly complex, but come very close, but not exactly to the traditional notion of a straight line.  André Bouchard discussed Le Gnomoniste, a review of the Quebec sundial society 1993-2010.  Roger Bailey gave a short presentation on the solstice points on analemmatic sundials that can be used as sight lines for summer and winter solstice. Roger Bailey gave a detailed talk on the Ibn Al-Shatir Sundial, whose design he studied in detail to produce the Ottoman Garden dial in Missouri.

Bert Willard, the Springfield Telescope makers Historian and Curator described the sundials and sunclocks from James Hartness and Russell Porter.  Porter is also know for his leadership in amateur astronomy.  Jack Aubert probed into the question of who was first to describe the Equation of Time and the figure “8” analemma.  Finding that the first to draw it with reference to a mean time meridian was Grandjean de Fouchy at the Palace de Petit Luxembourg in Paris sometime before 1741.