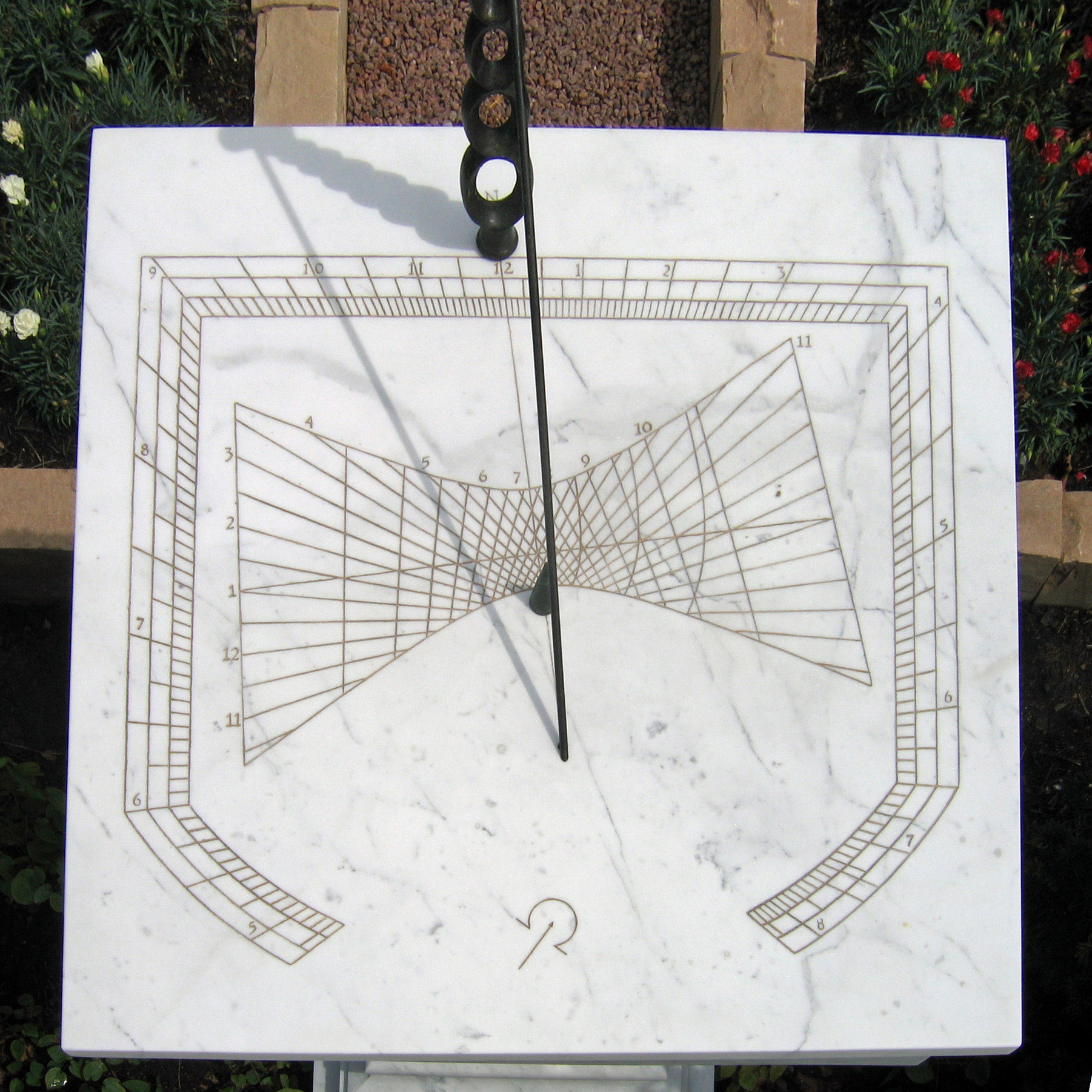 Don Snyder was a superb host for the St. Louis conference.  He organized an interesting tour that included the Jefferson Barracks 1817 sundial (now part of the National Geospatial Intelligence Agency), the angel holding a vertical sundial on the wall of the St. Louis University Hospital, and the several dials at the Jewel Box in Forest Park.  At the Missouri History Museum, conferees saw the “Forgotten Sundial” designed by Thomas Jefferson.  At Danforth Campus of Washington University  was the 1908 Cupples Dial, and finally at the Missouri Botanical Gardens two dials were dedicated: Ron Rhinehart’s cross-gnomon equatorial and Roger Bailey’s “Ottoman Garden”  sundial, based on Ibn Al-Shatir’s dial carved at the Great Mosque in Damascus in 1371.  At the conference, the major talk was on the Cahokia Woodhenge, presented by Michael Friedlander, professor of physics and astronomy at Washington University.”  And of course there were NASS speakers in abundance talking of dials, dialing scales, and new approaches to the Equation of Time.