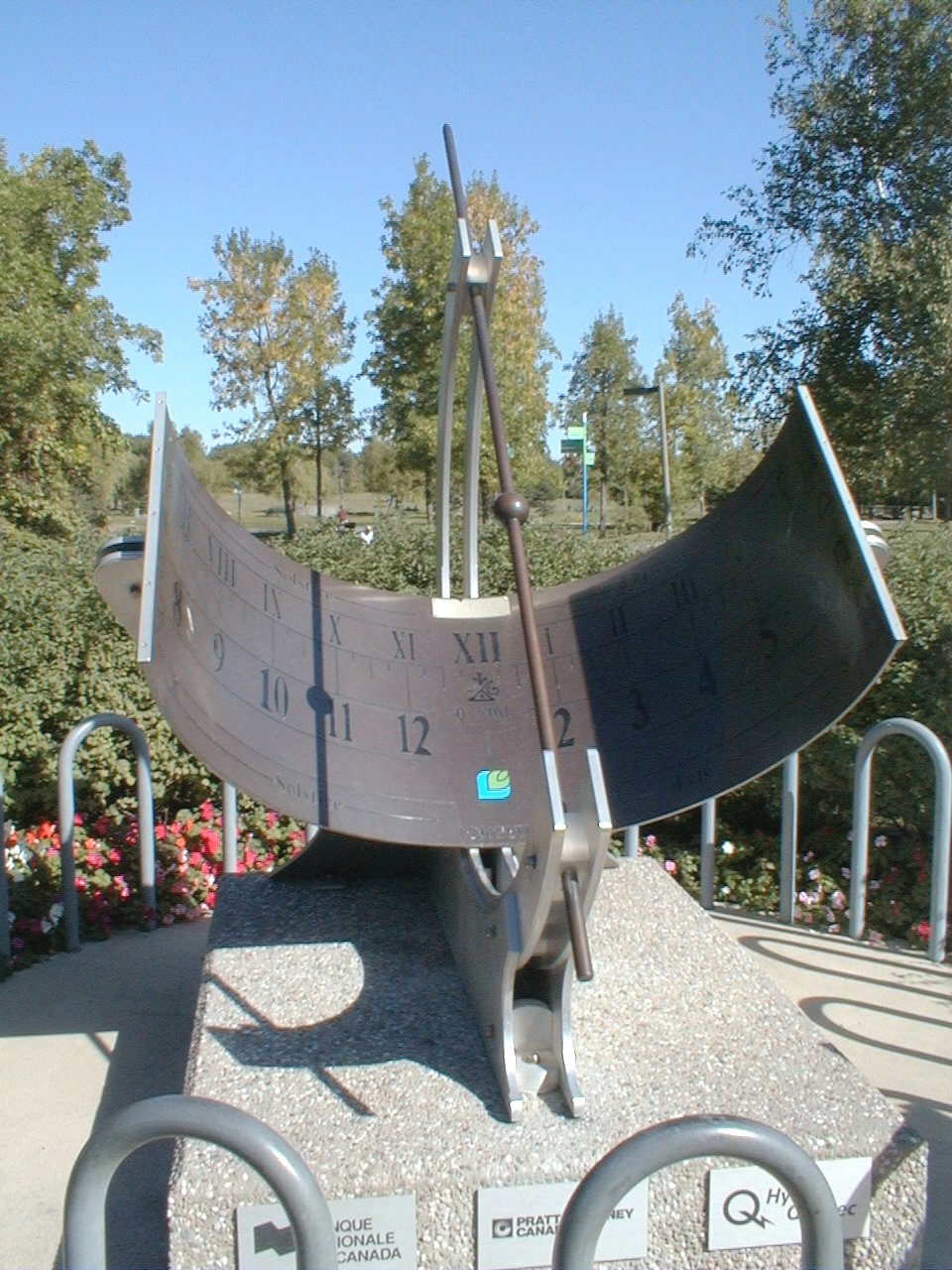 Faced with the turmoil of September 11th, many NASS members were unable to attend the conference. André Bochard began by giving description of sundials in the Stewart Museum collection, visited by the conferees the following day. Fred Sawyer described the beginning of the Shadow Catcher series, a set of digital reproductions of historical dialing books. Then, a number of interesting sundials were described, including the Sunmaster universal ring dial, an update on digital sundials, and a new type of horizontal dial from Fred Sawyer.  André Bochard gave the conferees information on the formation and operation of Commission des Cadrans Solaire de Québec, the society devoted to French Canadian sundialing.  Bill Gottesman spoke about his “Mathematical Expedition to the North Pole”, illustrating the concepts by juggling a bowling ball. The sundial tour included the Steward Museum and outdoor equatorials seen on a sunny day at the Parc régional de Longueuil and the marina de Boucherville.

See these dials and much more in the PDF download!