Carefree Dial gets a Sunburst 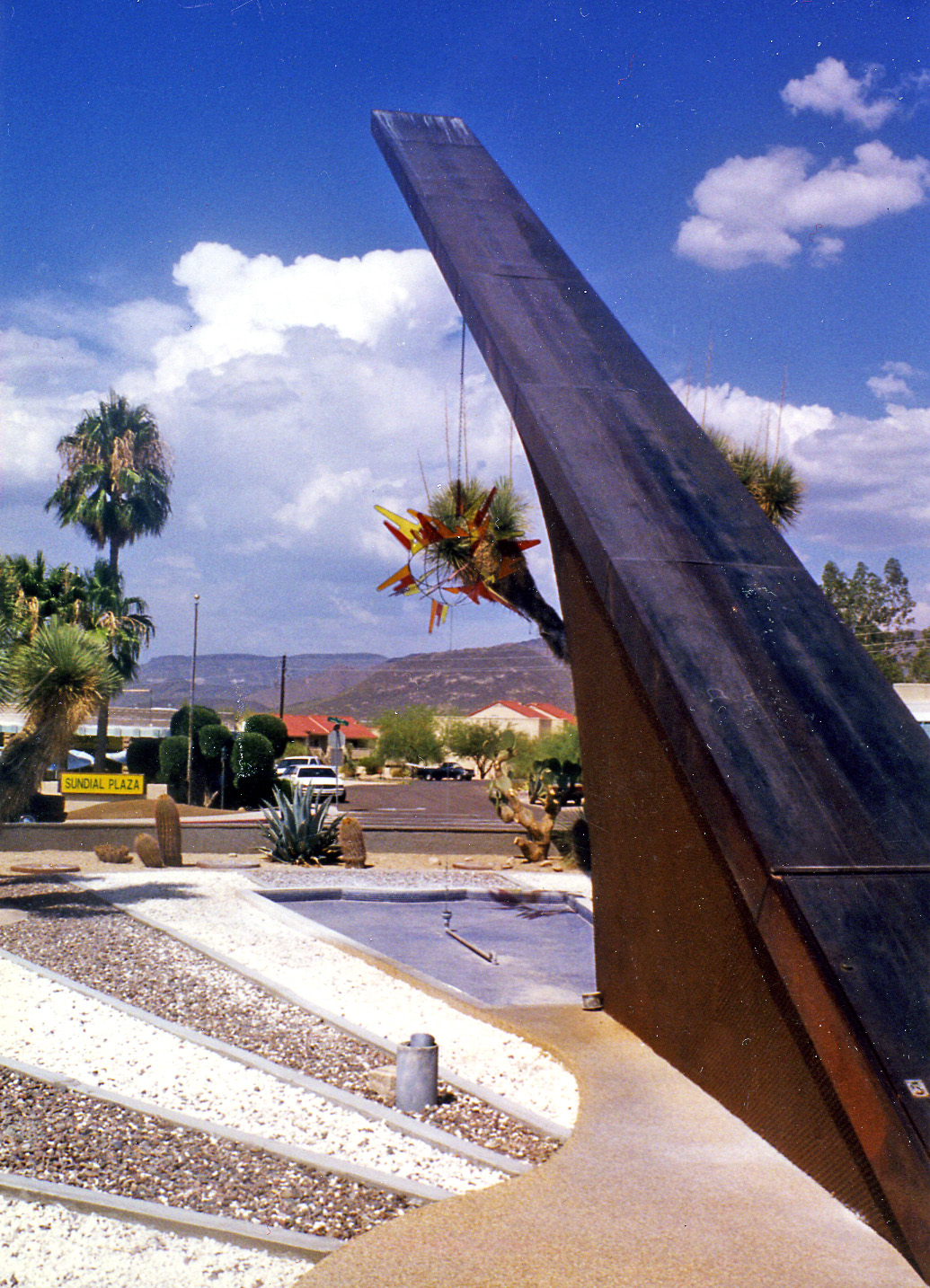 The first sundial in the NASS Registry is the dial from Carefree, Arizona. This 35 foot tall dial was designed by architect Joe Wong and solar engineer John Yellott and when built in 1959 was considered the second largest sundial in the world. You can see in the accompanying photo that hanging midway along the sundial's gnomon is a garish colored ball, a "Sunburst". [It is partially hidden by a background palm tree.] This structure was part of the original design.  From the on-line Carefree City SunTimes, editor-in-chief Kathryn Miller brings us the story of its origin, demise, and now its restoration. The seven-foot wide wrought iron Sunburst has not been on the gnomon for the last 20 years. From Miller's article, "As the story was told by Carefree Vice Mayor John Crane in his March CITYSunTimes column, “The Joe Wong designed Sunburst enjoyed a short life. In 2004, when the Sunburst was determined to be beyond repair it was donated to the Cave Creek Museum where it resided outside for many years."

Eventually the museum returned the rusting icon to the City of Carefree, ending up in the Town garage. Miller's article now reports it's restoration that was completed in March 2021: "...[Back in] 2019, a Carefree resident, who prefers to remain anonymous, took it upon himself to return this misplaced, but not forgotten, historic and iconic art piece to its rightful place. Now, a reincarnated Sunburst, dimensionally identical to the original, but with improved design and modern materials, holds a place of honor in the Town center, once again celebrating the desert sunshine and casting its glow beneath the Sundial."

Perhaps an indicator of the times with the urge to turn night into day, this Sunburst that hangs on the gnomon is now electrified and illuminate with LED lights, blending in with the LED lighting of surrounding cactus in ithe plaza.