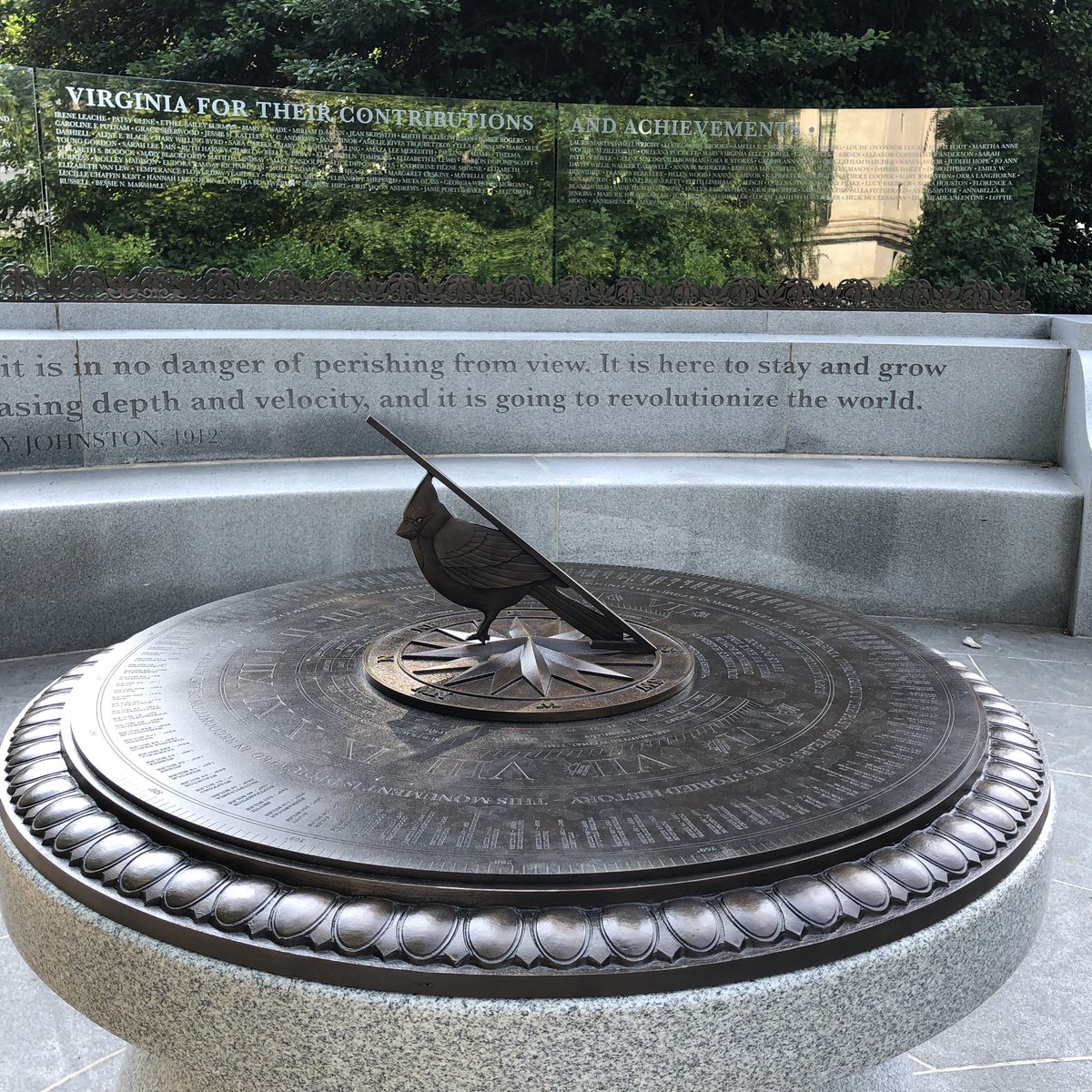 On the State Capitol grounds in Richmond Virginia the Women's Monument was unveiled on Oct 14, 2019 as part of celebrating the 100th anniversary of the 19th amendment that gave women the right to vote. The Women's Monument, commissioned by the Virginia Department of General Services, negotiated two contracts with local artists on behalf of the Virginia Women's Monument Commission who has raised more the $3.7 million for this monument. The result is a large circular plaza with 7 life sized bronze statues of influential Virginia women during the last 400years. The monument will eventually feature 5 more life-size bronze statues. The statues are backed by a glass wall with the inscribed names of 230 infuential Virginia women on the Wall of Honor.. The monument is a work in progress and intends to not only complete the last 5 statues, but add other women's names to the Wall of Honor.

In the center of the plaza on a wide circular pedestal is a bronze sundial. In addition to the normal dial furniture of compass rose inscriptions, site latitude & longitude, and a chapter ring with the hours from 5am to 7pm there is additional information: points of locations in Virginia are shown around the dial in the outer chapter ring. Each location is listed by name, azimuth, and distance from the Capitol site.

With all the work to create this magnificent monument to women there is a monumental nit pick. At azimuth 354 deg and 108 miles away is "Loudon". Locals immediatedly spotted the typo for Loudoun County, which according to the official county history recorded: "In 1757, by act of the Virginia House of Burgesses, Fairfax County was divided. The western portion was named Loudoun for John Campbell, the fourth earl of Loudoun, a Scottish nobleman who served as commander-in-chief for all British armed forces in North America and titular governor of Virginia from 1756 to 1759."

In spite of the typo, the dial is an impressive work of art approximate one meter in diameter.