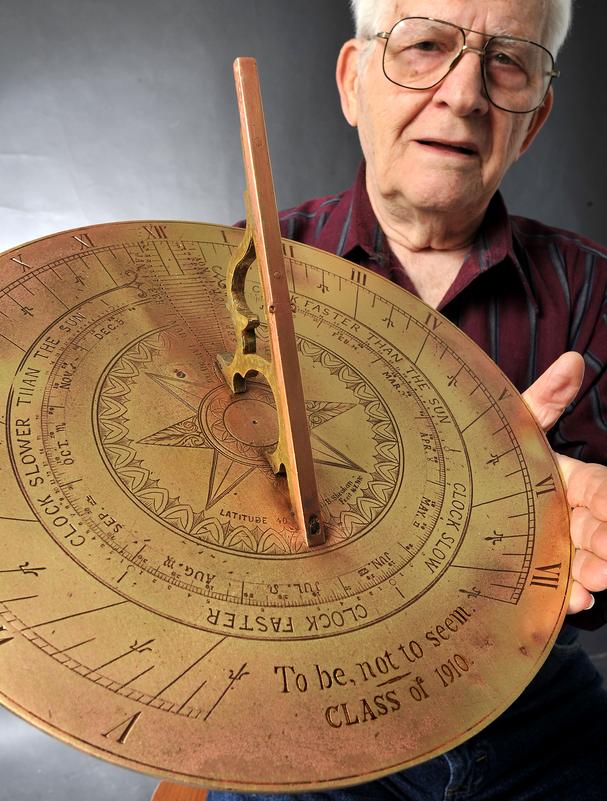 A sundial that was originally purchased by the 1910 class of Springfield (Ohio) High School and which adorned the original high school grounds for decades was recently refurbished and rededicated at the new Springfield High School.

Even though the dial adorned the school grounds for much of the 20th century, it eventually found its way into storage, where it remained until it was recently uncovered.

Unfortunately, a heavy patina on the copper dial rendered it nearly unreadable.  So, the talents of retired engineer Don Pyles (class of '48) were required, who, after some initial experimentation, succeeded in restoring the dial's original appearance.

With a donation of approximately $1000, from the class of 1959, to cover some of the costs associated with installing it at its new location (e.g. to purchase a new pedestal), it is hoped future generations of high schoolers will continue to find the dial a unique and memorable gathering spot.