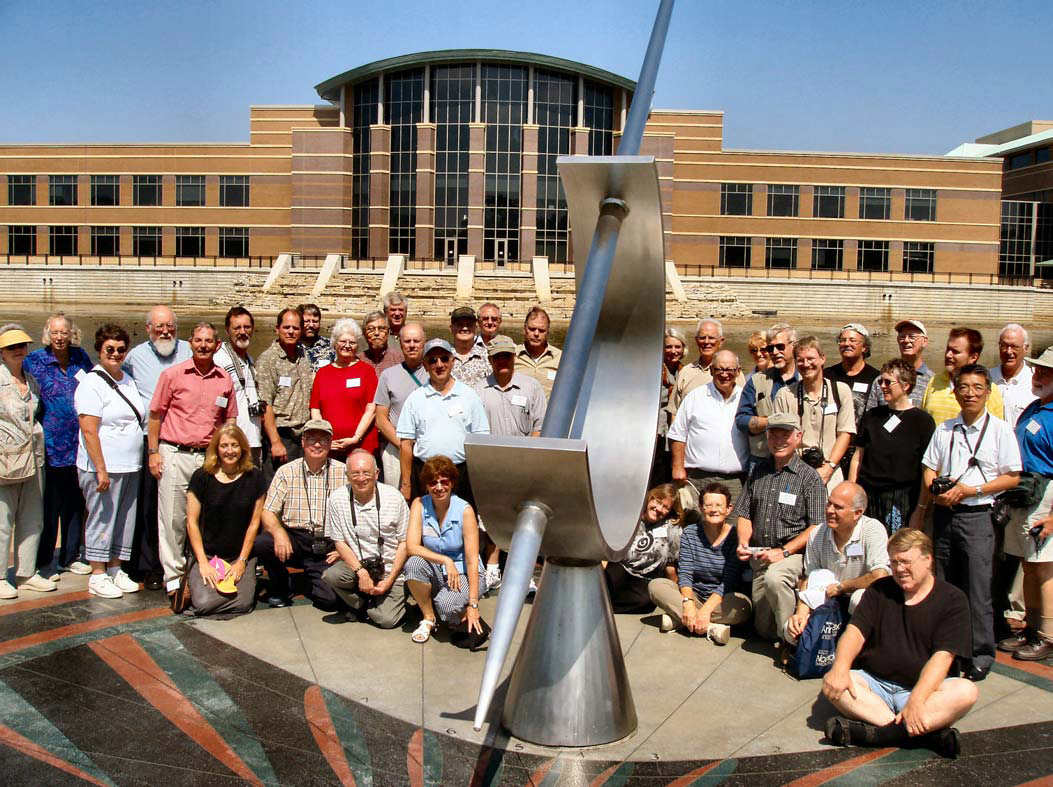 This conference contrasted the old and the new.  Steve Luecking presented “Rope Geometry”, an outdoor exercise to draw an ellipse on the ground and draw a horizontal dial using only a knotted cord and stakes in the fashion of ancient Egyptian “rope pullers” (civil engineers).  When the conferees visited the Museum of Science and Industry, they were able to see a collection of dials, including a fine example of a first century AD dial, a slight variant of a hemisphaerium.  Klau Eichholz talked about Fr. Franz Xaver Josef Bovius and the restoration of his 1716 dial at Solnhofen.  On the modern fron, Mike Shaw led the group carefully through the steps of understanding and creating the ingenious Universal Diallist’s Companion.  By special arrangement, Fred Sawyer distributed copies of this very useful device to everyone in attendance.  Fred then introduced another new dial of his devising, the Hectemoros Dial.  Tony Moss discussed two power point presentations “Using and Understanding Sundials” and “Concepts for Students of Sundialling”.  A highlight of the conference was the announcement that the North American Sundial Society had been asked to be technical advisor on sun shadows for an episode of the television series “NUMB3RS.”  Plus many other presentations by Larry McDavid, Don Petrie, Roger Bailey and a workshop on 3D CAD by SteveLuecking.