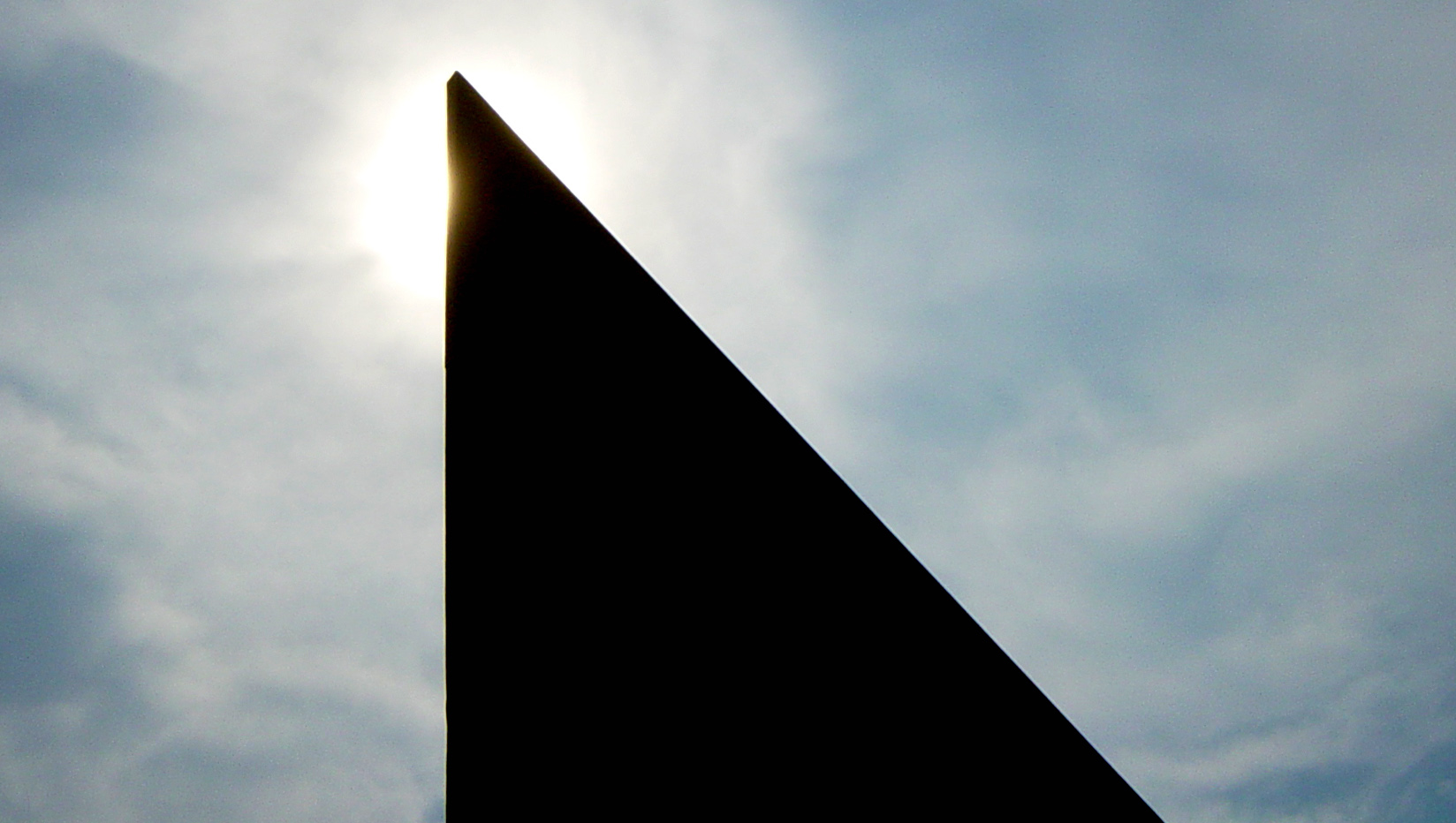 September 11th is a time of remembrance. At Freedom High School in Woodbridge, Virginia stands a large sundial dedicated in 2004 with four inlaid plaques. The plaques are arranged on the ground such that the gnomon shadow tip falls on them at  8:45, 9:03, 9:37 and 10:07 AM, the times of the four air crashes.  Near the sundial is a low, black granite panel commemorating the citizens of Prince William County that lost their lives on September 11th, and the names of those citizen are on bricks surrounding the sundial.

A new September 11th sundial memorial is being proposed at Croton Landing, New York, the using some of the twisted metal remains of the World Trade Center.  The metal remains come from the Port Authority of New York and New Jersey that has been giving away pieces to municipalities and corporations for memorials since 2009.

In response, the Town of Cortland and the Villages of Buchanan and Croton-on-Hudson joined together to submit a request for steel pieces to create a Sundial Memorial.  The Sundial Memorial is a collaborative design between James Rhodes and Lauren Davis as seen in the drawing below. Called the “Reaching Through the Shadow” Memorial, the sundial will be located along the Hudson River at Croton Landing. It will use a steel beam of the World Trade Center to cast a shadow in remembrance of Ground Zero.  A twisted and scarred beam from the North Tower, seemingly out of balance, will reliably point to commemorative markers on the ground for every future September 11th.  Within the shadow of the steel beam is a lone figure of a woman sculpted in bronze.  She represents those lost, as well as those left to mourn. 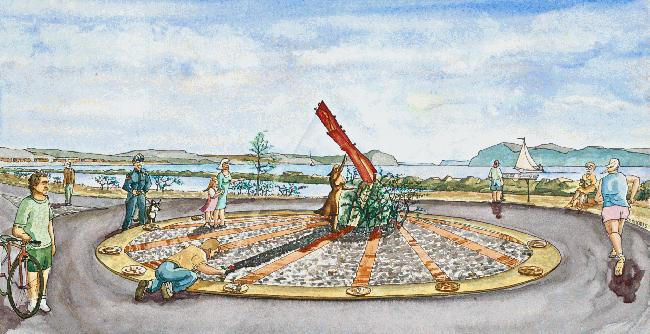 Consider donating to this project: http://www.9-11remembrance.com