Society, are winners of the City of Bowie sundial contest to build and install a dial in front of the New City Hall under now construction. The value of the project is \(90,000. Completion is expected in Oct 2010. 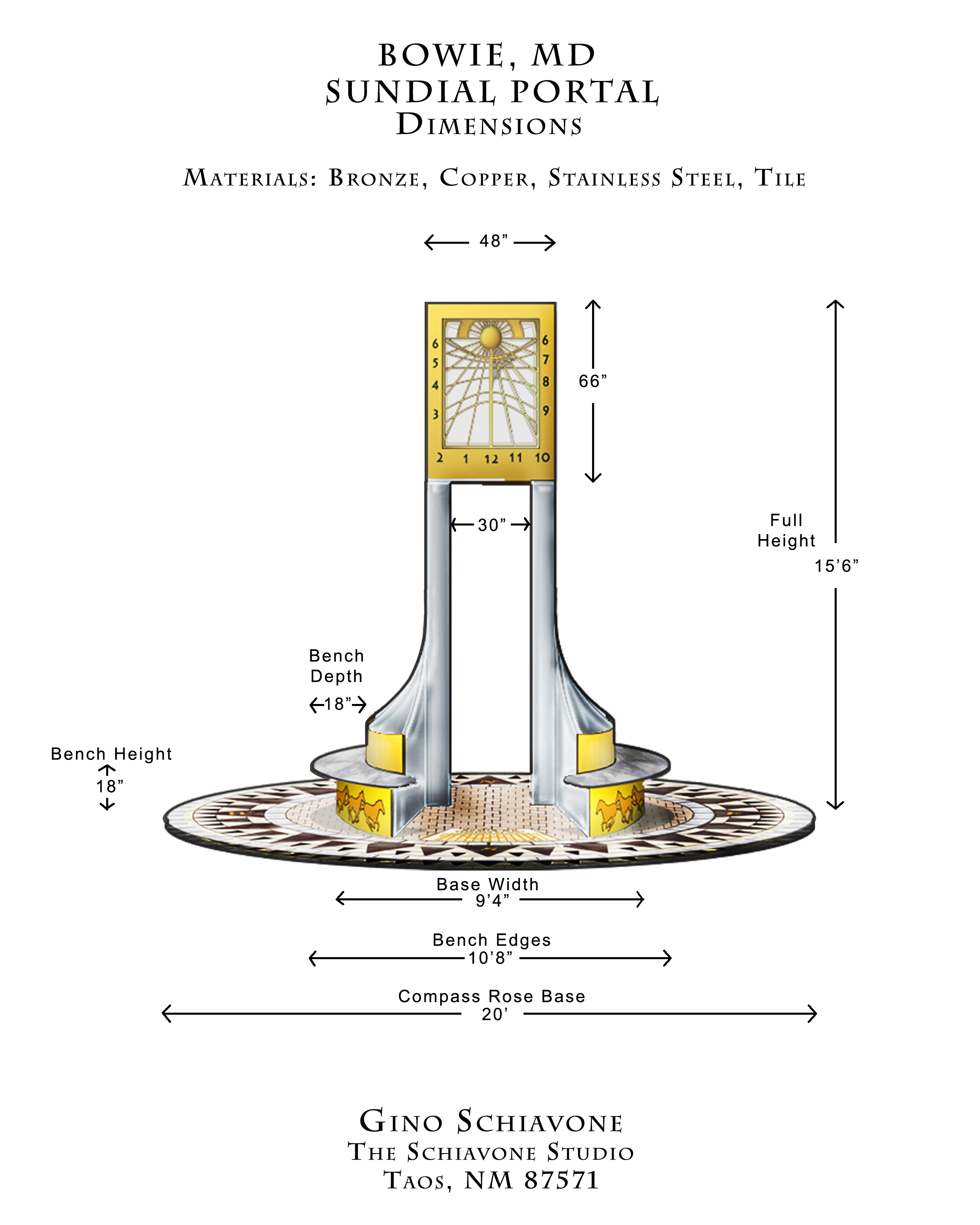 In this era of tight city budgets, much credit goes to the City of Bowie for setting aside funding for the arts. The interior kinetic sculpture contract is valued at \)75,000 and the exterior sundial project will cost $90,000. The sundial completion date is expected to be October, 2010.

Gino and Judith Schiavone, members of the North American Sundial Society, designed a 4’ by 6 ½’ vertical bronze south declining sundial supported ten feet above the ground by two stainless steel pillars. At the base are two separated benches that along with the pillars form an inviting portal aligned with the City Hall’s glass portal with continuous view all the way to the lake behind the City Hall.

Beneath the benches is a metal fresco of running horses symbolizing the horse racing tradition of Bowie. Another subtle touch is a railroad “cowcatcher” support between the pillars and the dial recalling the City of Bowie’s railroad days.

The dial itself is a bronze grill of hour lines and declination lines for summer and winter solstice and the equinox. A unique feature of the dial plate is that it is translucent glass so that the time-telling shadows may be read either from the front of the City Hall (looking north) or by passing street traffic from the street (looking south). The motif of the dial is simple elegance, complementing the clock tower of the City Hall itself.

The dial is set in a 20 foot diameter plaza designed by Gino and Judith as an ornate compass rose. The cardinal points merge with the building architect’s large cardinal lines that extend throughout the front area of the City Hall.